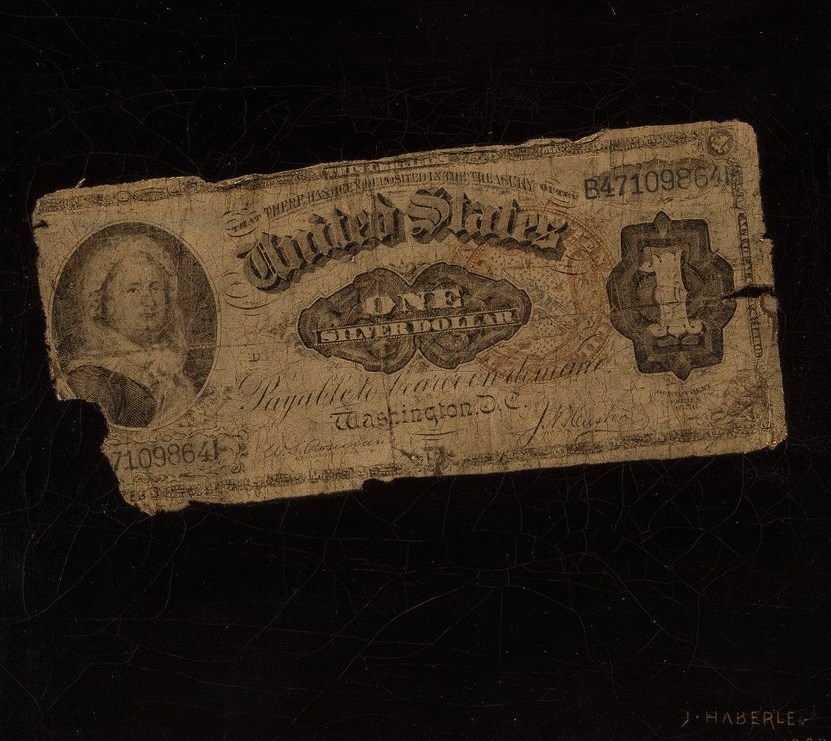 Unfortunately, there are so few works of American painters of the 19th century exhibited in European museums. In Madrid, there are quite few samples in the Museum Thyssen-Bornemisza. With the exception of Sargent, people barely knows the paintings by Thomas Eakins, Winslow Homer or George Inness. But there is also a prejudice that these painters are merely following the styles arisen in the old continent.

Obviously, many of them travelled throughout Europe and completed their training but once home they were capable to give their own works a dynamic sense typical of an emerging country.

At the end of the 19th century, there were artists who were masters of the trompe l’oeil technique such as John Frederick Peto or William Michael Harnett and who arose in the United States. The most original one is undoubtedly John Haberle (1856-1933), who chose the most humble and common items and had a fine irony and a delicate sense of humour. I have a book that features two small paintings done by this artist, both made and signed in 1890, two worn and aged banknotes painted and super-detailed. From a technical point of view, Haberle is closer to modern hyper-realism than nineteenth-century realism.