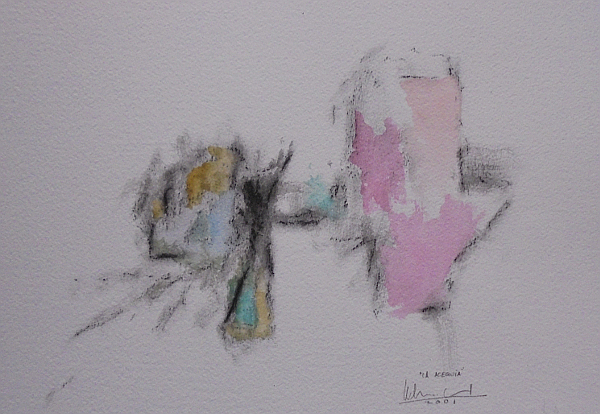 We have to consider Guillermo Coll (Madrid, 1961) as a painter who has been devoted to modelling for a large period. Aged of nine, influenced by his own father, an excellent sketch artist, he started to draw quite methodically. Both of them were fond of aviation and fascinated by scale models’ box-art. The discovery of illustrations carried out by Juan Abellán and Salvador Rello in some specialized magazines such as Avión or Flaps led him to Paint his very first oil paintings. The next years, in a self-taught way, he learnt some other painting techniques: charcoal, nibbling, use of felt tip pens, pastel colours. In the summer 1977 he sold his first sketch.

In 1982, he started to work in a scale models’ shop-atelier lead by Carlos Reñé and Lucio Cabido and learnt everything related to professional modelling; pretty soon he received his first professional commissions. He started making paintings using airbrush technique, a tool that allows very precise and glossy finish. 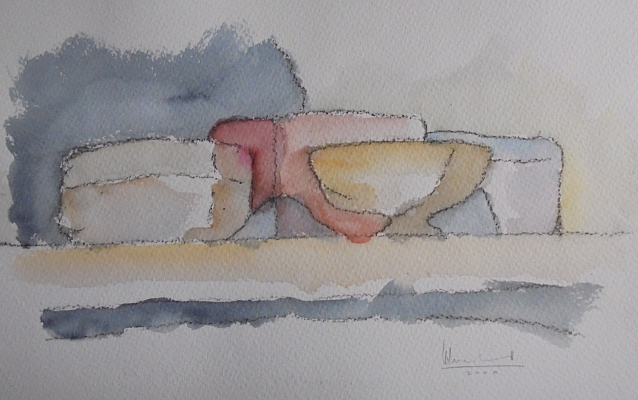 “Working in the atelier and the mag he met most of the Spanish modellers, searchers and historians, well-known spotters and a large stuff related to aeronautics…” 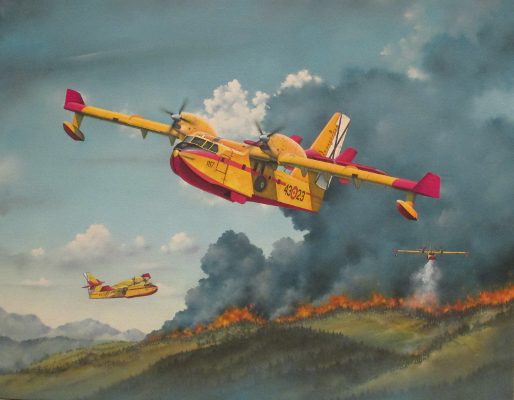 In 1989 he already was an experienced artist and started working in some advertising campaigns as a free-lancer. In those years there was great demand of illustrators specializing in the use of the airbrush tool, commercial technical illustration and photo editing. His sketches for advertising campaigns usually appeared in mags, manuals, catalogues and newspapers (such as Mitsubishi Electronics, Renault, Nikon, Bosch, Fujitsu and Volvo Trucks among other firms). He almost left modelling but still worked on aviation paintings and made almost a hundred illustrations until 1992. Those paintings were sold to collectors living in Great Britain, Mexico, Netherlands, United States and France. He also illustrated the Aviaco’s manual for corporative identity and was entrusted different artworks for the Spanish Air Force. (Museo del Aire, Ala de Caza No.11 and Ala No.23) these sketches are shown in posters, books and sheets.

In the early 1990 the use of computers meant the end of the hand-made commercial illustration, so in 1993 he decided to join the publishing house ACCION PRESS, SA. He served as chief-editor of the modelling mag Todo Modelismo/Euro Modelismo until 2006.

As far as sketching and painting are concerned, he progressively stop using the airbrush tool and preferred oil and watercolour painting. He still worked on aviation from time to time but tried to develop a totally personal artwork. He attended the painting lessons given by the artist Gabriel Pérez Juana in Francisco Soto Mesa’s atelier and studied for months the great masters of Prado Museum. Since 2007 to date, he has devoted to paint, build and sell competition scale models to several collectors throughout the world. His personal artwork has been displayed in different art galleries in Madrid (both individual and group exhibitions).

Sara Sánchez Rivas, is a free-lance French / Italian / English/ Spanish translator based in Madrid (Spain) since 1999. She is particularly devoted to translating law, music, modelling and military history.

Born in Madrid, she was given French and English education as she spent part of her childhood in Paris. When she was 16 years old she moved again from Madrid to Paris to study French Literature.

She attended the Faculty of Law in the Universidad Complutense de Madrid although these studies were interrupted for a while as she intended to be given lessons of Italian Language in the Istituto Italiano di Cultura. In 1995, she gained a scholarship and pursued her studies in Florence (Italy).

She has developed a varied professional career:

She has also carried out the translation of the subtitles for two films by Javier Aguirre Fernández, the documentary Sol (Documenta Madrid 09) and the film Zero/Infinito.

She also worked as a writer and a singer. She has sung jazz and opera and nowadays she belongs to the group “En Clave de Bach” led by Rainer Steubing-Negenborn . As a writer she has published tales and articles, with her own name or using a pen name.