There is something untouchable in the book El ingenioso hidalgo Don Quijote de la Mancha (The Ingenious Gentleman Don Quixote of La Mancha or just Don Quixote). All who have carried out further studies on the novel agree on its ineffable essence. This is so typical of all Spanish works: think of Velazquez’ paintings! Harold Bloom, states in his Western Canon that the history of literature could be summarised around the two characters, Don Quixote and Sancho and that just three or four characters by Shakespeare are up to these standards. We have an inventory of our own, that’s why we need to include a few ones such as Ahab and Raskolnikov, Atticus Finch or Antoine Roquentin. 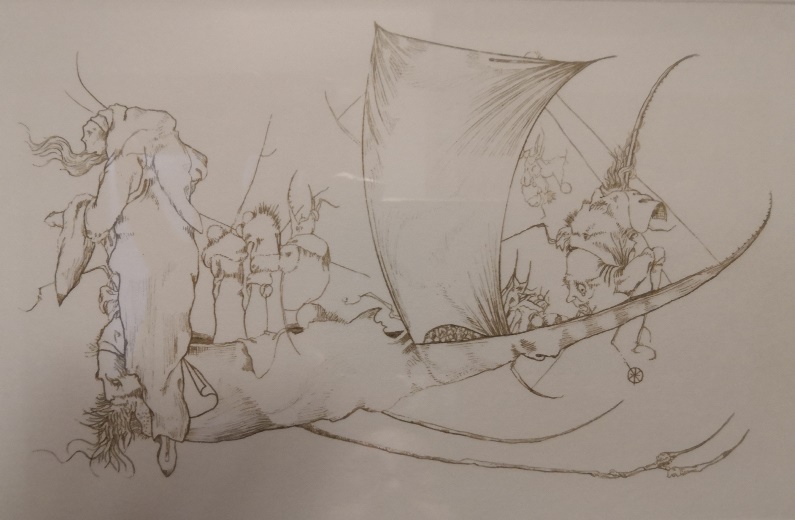 For so many people ‘Don Quixote’ is just a funny book, starring a fool, nearly an idiot. They read the book just for fun. The author, Miguel de Cervantes (1547-1616) makes clear that Alonso Quijano is really ‘an ingenious gentleman’. This is a novel that covers everything, a modern work, the first book written by some former ‘marine’ and which is not really so funny though one can smile a number of times when reading. We have read about this before: an honest, decent being, with a natural sense of freedom and justice, willing to sacrifice everything for us. According to nowadays standards, compared to our selfishness and cowardliness, the existence of some people like Don Quixote is nearly offensive. One can read and re-read the book and speak of the character as someone real; the best person, the most honest and fair human being one has met.

It is said that the second part is a well-made book, and that its literary quality is much better but I like the first one, so fresh, so casual. I love so much more the character of Sancho Panza in this first series, in the second adventure of the gentleman. Sancho Panza is a ‘dunce’ in the history of the universal culture like ‘like a bull in a china shop’. Don Quixote fighting against windmills is the best-known adventure but I much prefer the story of the gentleman and the two flocks of sheep which are approaching each other, Don Quixote believes these are two armies before the war. As usual, both the gentleman and the esquire end up beaten and Sancho asks to Don Quixote a reason why: ‘You must know, Sancho that a man is no more than another if he does no more than the other. All these misfortunes are a sign of next fortunate events as both evil and good do not last forever so if the evil has lasted so long, the good is so close’.