The French artist, of Spanish origin, Fernand Pelez (1843-1913) is little known. Another painter born in the 19th century one absolutely needs to re-discover; that’s why we advise to pay a visit to the Petit Palais in Paris. Influenced by the boldest realism, he devoted most of his works to tramps and under-privileged people (paying particular attention to children).

We find today that both academicism and Pelez’s neat technique are against those pathetic characters, that sordid environment but we need to point out that at no time did he commit himself to sentimentalism like other painters such as Bouguereau. Some of Pelez’s paintings are unforgettable like the one with a young flower-seller, who sleeps completely exhausted on a step. The picture of the ‘petit misère’ begging in a doorway is outstanding. Something of that dirty shabby little boy put him above his own condition: the rags, the grey dirty legs and, at the same time, his flawless, immaculate face or his blond hair bathed in light. 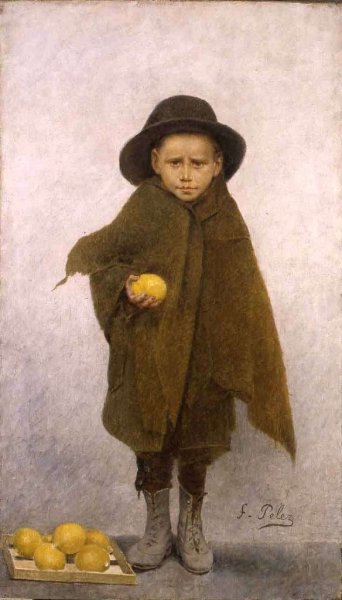