Flowers and Fruits were depicted long time ago for the first time, but in 17th and 18th centuries the still-life subgenus gained importance. Specialized painters arose throughout Europe, especially in the Netherlands. The floral still-life was particularly endorsed and considered as an aesthetic object, a symbol, to the point that it came to be codified in a treaty written by Gerard de Lairesse which was published in 1740. The treaty focusses not only on the composition, the perspective and the colour but also on the way the flowers are set according to the meaning of each species: a tulip refers to nobility, a rose to love and ephemerality. The flowers also appear in the so-called vanitas, still-life where the objects are chosen and set according to a moralizing purpose. 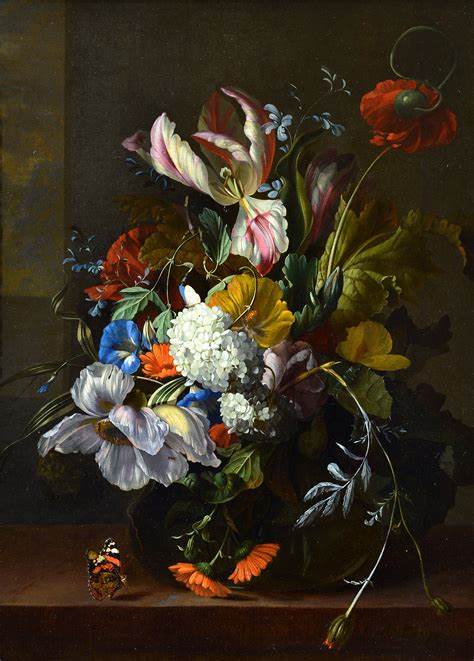 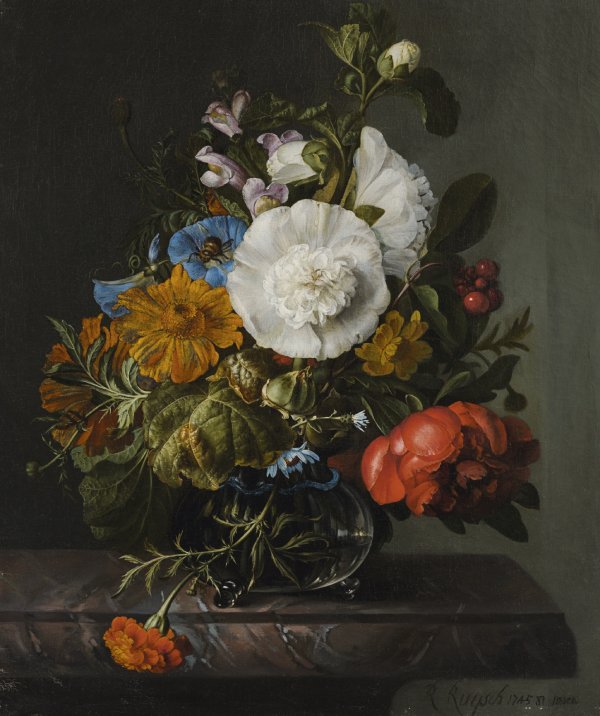 The female condition is equally related to flowers in still-life and this, in the spirit of time. Margarita Caffi and Clara Peeters are female painters clearly devoted to the matter but we need to refer to the Dutch painter Rachel Ruysch (1664-1750). She had benefitted from a well-deserved reputation, even in lifetime, because of her technical mastery and her compositions. There are insects in her paintings, butterflies in particular, that deliver hidden messages.