The essay, written by José Ortega y Gasset (1883-1955) had been published in 1925. The first art movements had arisen and had changed for ever the Art world: cubism, dadaism, expressionism and surrealism; the first abstract Works.

Ortega was not against all those Art avant-garde but was well aware that there was a gap among all this new art, most with an intellectual quality, compared to the tastes or the aesthetic needs of the common man. The average individual does not understand all that ‘intelligentsia’, mocks it or attacks it and, at the end, the average individual simply ignores it.

That’s what he meant when he wrote about De-humanization in Art (he did not really write about the Art lacking humanity). Like in some of those books written by Ortega y Gasset, the philosopher showed his usual clairvoyance since the De-humanization is still in force, a sort of divorce among the average man and the so-called ‘Artistic Art’ (Ortega dixit). 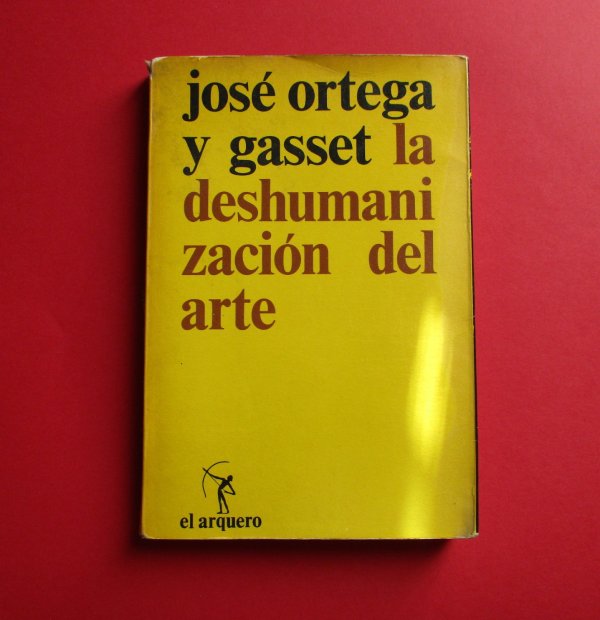