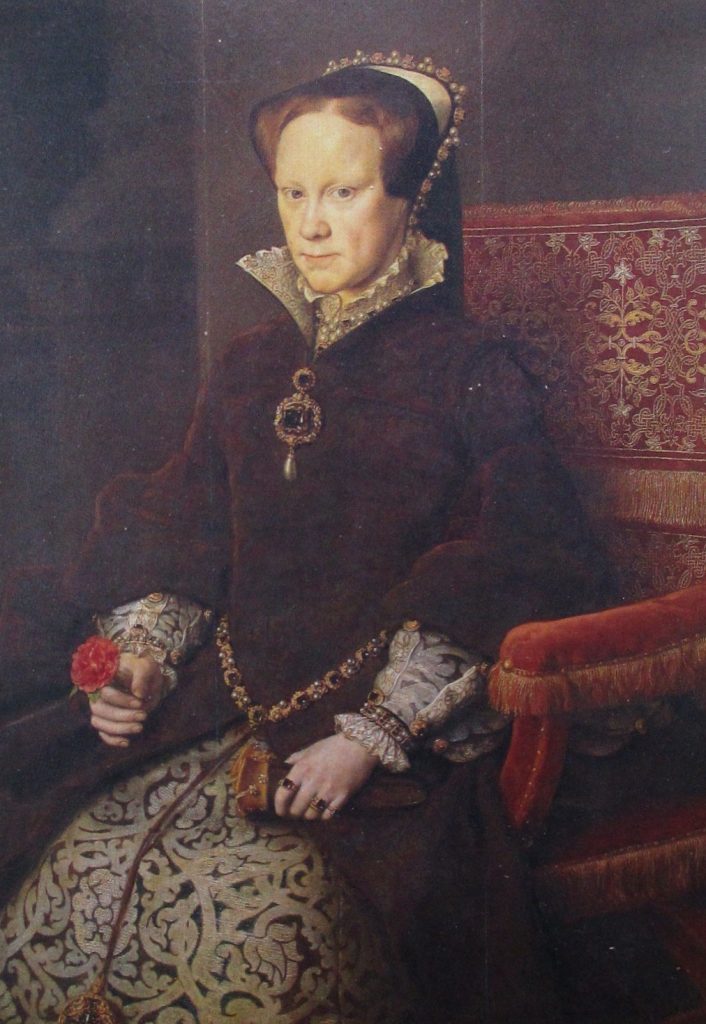 Visiting the Prado Museum anytime is certainly one of the benefits of buying the yearly subscription for the national Museums. One can go there to watch a work in particular or to poke around the bookshop without paying any entrance costs.

Today I am heading to one of my favourite halls, the one where the portraits done by Van Dyck are displayed. Anyway, I am well aware of my true motive: standing in front of the outstanding painting of María de Inglaterra (Mary of England) by Antonio Moro, 1517-1576, (whose

real name is Anthonis Moor Van Dashort), the most amazing portraitist in the Flemish School for the whole 16th century.

Mary, with her stern, intelligent and piercing eyes make us feel a bit uneasy, the thin pursed lips slightly unveiling a certain smile. She was the daughter of Henry VIII of England and Catherine of Aragon and became the second spouse of Philip II of Spain. Her face shows the traces of hard and dangerous episodes she had been enduring since she was a child. Moro had depicted a sober elegant human being with the red rose of the House of Tudor in her right hand.

There is a technical detail in this portrait or in some others I need to point out: the exquisite painting of the jewels and the embroidery along with the ornamentation of the clothes. These items have been painted with some kind of enhancement and highlighting so they have a sort of three-dimensional quality.

All characters painted by Antonio Moro well worth a visit to the Prado Museum, among those displayed: the effigy of Metgen, esposa del pintor (Metgen, spouse of the painter), the Duquesa de Feria (Duchess of Feria), without forgetting Pejerón, bufón del Conde de Benavente y del Duque de Alba (Pejeron, jester of the Count of Benavente and the Duke of Alba) a full-body portrait which has been considered the first portrait of a jester in the history of painting.